Kachemak Bay State Park is an ideal location for adventurous fat-bikers, yet it is currently off limits to cyclists. The State Park is in the process of re-writing their management plan. Now is the time to change the rule and let the park know that it is time to end the prohibition. If we miss this chance now we won't have another for 30 years.


Kackemak Bay Adventure Trail (KBAT) would be a defined route that weaves along the perimeter of Kachemak Bay, over both water and land. Inspired by the recent addition of the Kachemak Bay Water Trail, this wilderness route would be designed for the dual sport of using a wide-tired bicycle in conjunction with an inflatable raft.

The packraft and fat-bike were born in Alaska and have grown in popularity worldwide. Kachemak Bay is a perfect location for this dual sport, offering a wide variety of the terrain, which these vehicles were designed for. Starting in Anchor Point and finishing at the Jakolof Bay harbor, this route has the potential to be the world’s first trail specifically designed for fat-bikes and packrafts.

Fatbiking brings the unparalleled human efficiency of the bicycle to the wilderness, extending a traveler’s range, and broadening the experience of wilderness travel. Packrafts can carry bikes, and bikes can carry packrafts, and a number of adventurers have demonstrated that these two modes of transport work exceedingly well together.  A “trail” incorporating both would seek to link beaches, roads, and trails that are fatbikable via interesting and varied marine, river, and lake paddling.  Used in conjunction this combination creates a diverse and fascinating experience.

This method of travel has only recently been made possible with the advent of modern equipment. A fat-bike has tires at least 4” wide, allowing the rider to roll over rough terrain such as beach sand, gravel, and soft trails. The packraft is an inflatable, human powered watercraft that typically weighs 5 lbs or less, that can be stowed in a small, tight roll and is propelled by a break-apart kayak paddle. When used together, the adventure cyclist can become aquatic and can traverse flat or moving water to link together bikable sections. The beaches, rivers, trails and bays of Kackemak Bay are ideal for their combined employment.

The complete route would primarily be a summer trail and would take approximately three to five days. Adventurers would be advised to employ a leave-no-trace camping ethic, be alerted to private property boundaries, obey common courtesy with regard to other trail users and yield to other watercraft. A defined route will help establish proper etiquette amongst this recently defined user group.

The designation of KBAT could draw a new and unique demographic to Kachemak Bay and set an example for possibilities and benefits of this burgeoning sport. Although small in numbers, we believe this user group to be a valuable and growing population that would treasure Kachemak Bay, foster respect for its pristine environment and help maintain and preserve it for generations to come.
Posted by Unknown at 11:08 AM No comments:

Visit, share and add your name to the petition.
Petition to End Prohibition of fat-bikes in the State Park. 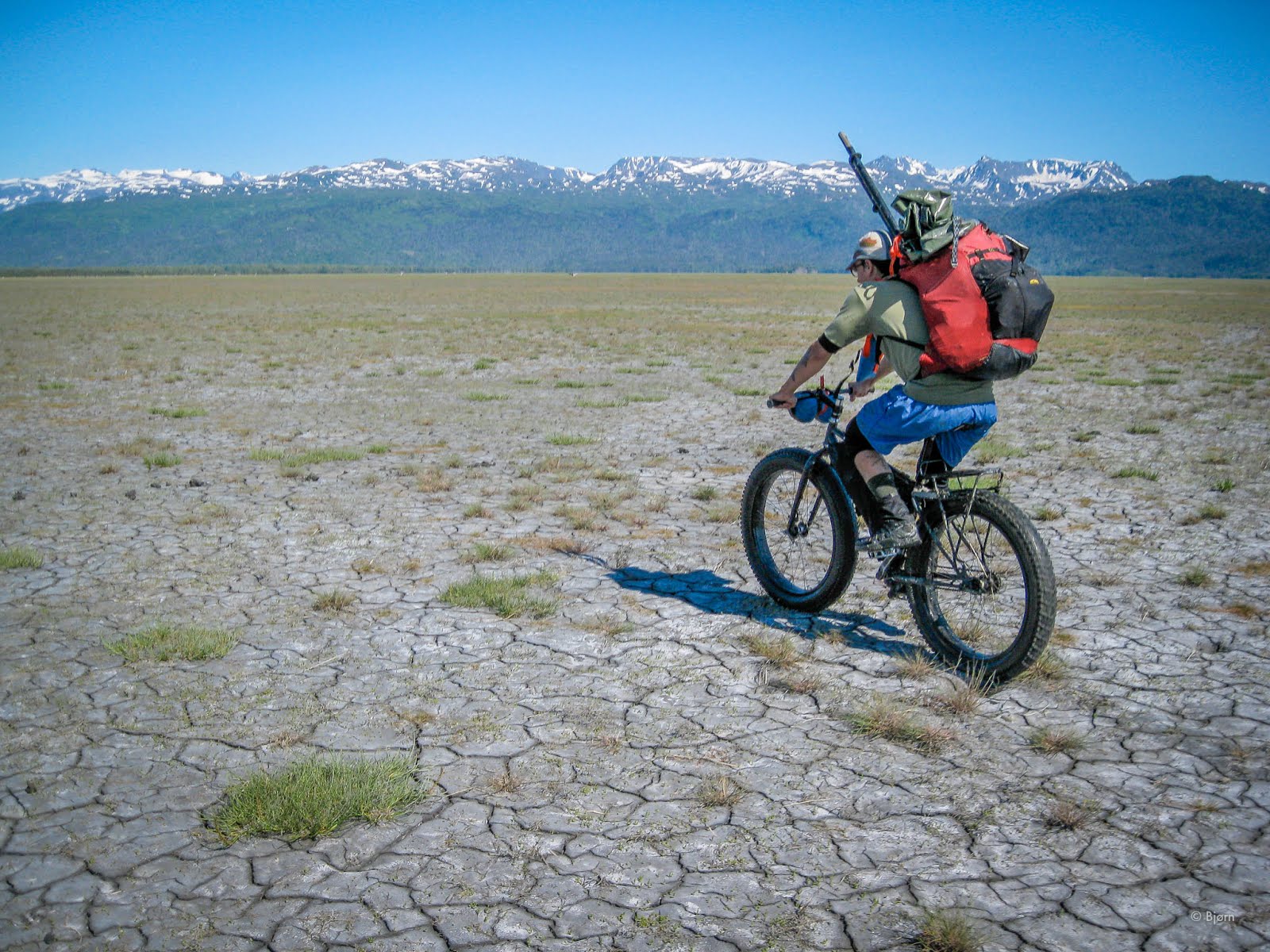 Write a letter to the State Park 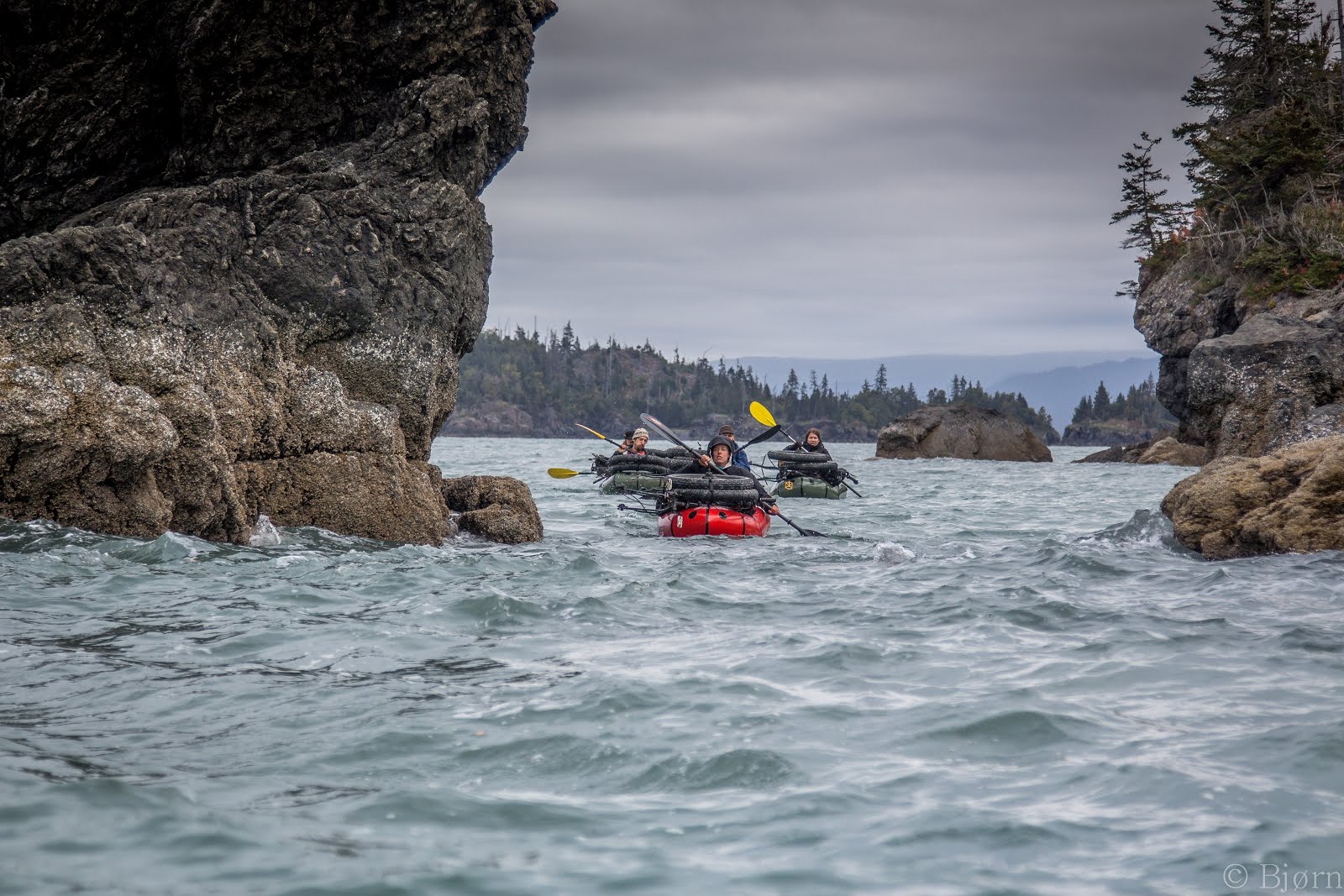 Paddling around headlands along KBAT.